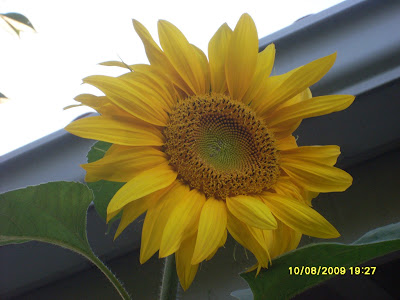 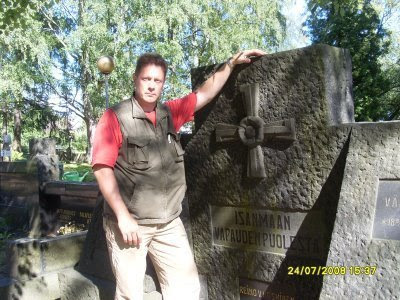 Believe it or not, Finland still has blasphemy laws on the books, but there have been repeated attempts to rescind Section 10 of chapter 17 of the Finnish penal code. All attempts however, at removing the anti-modern statute from the law books have proved unsuccessful, with the latest attempt failing in 1998.

Helsinki city councilman, Jussi Halla-aho was charged with blasphemy and incitement of an ethnic-group in the Helsinki district court today, and ordered to stand trial for publishing on his blog that Islam’s prophet was a pedophile. According to the Deputy Prosecuting Attorney, Jorme Kalske:

“Halla-aho had uploaded to the Internet and submitted writings to the general public, in which Islam and its sacred institutions were combined with pedophilia, and in which was also presented the robbery of pedestrians and the ooting of tax revenue was a certain national group or a specific genetic characteristic.

The charges were presented in the Helsinki District Court. Halla-aho denies the charges”

A couple of baits for Mika Illman

State prosecutor Mika Illman’s winning streak continued a few days ago, when a specialist of rude humor Seppo Lehto was sentenced for two years and four months imprisonment and to pay tens of thousands of euros in damages for several accounts of gross defamation, incitement against an ethnic group and for religious worship (TT: blasphemy). The issue has been discussed around the internet so much that I probably don’t have to repeat the self-evident facts:

b) Nobody has ever been sentenced for two years and four months for these kind of crimes. I don’t blame Mika Illman, he is obviously a man worthy of his last name, who does what he thinks he is supposed to do, but those district courts that have lamely given Mika everything he dares to ask have a reason to be ashamed of themselves.

c) Illman’s selection of plaintiffs and recipients of damages consisted only of his fellow prosecutors and members of parliament, and not, for example, Teemu Lahtinen, to whom Lehto’s filth blogs possibly caused real damage during the last parliamentary election. The thinking in which public figures deserve more protection than regular citizens has so far been alien to the democratic state and rule of law.

Let’s stop talking about defamations. Lehto was also convicted of disturbing religious worship. According to the district court Lehto violated muslims’ religious worship by defaming the prophet Muhammad. Professor Jaakko Hämeen-Anttila has confirmed the interpretation according to which Muhammad is a revered figure in Islamic faith.

According to state prosecutor Mika Illman and Tampere district court insulting the prophet Muhammad is illegal, because Muhammad is revered by muslims.

(On the other hand professor Hämeen-Anttila could certainly confirm that in Christianity Jesus and God are holy figures. Of course, this doesn’t prevent anybody to defame Jesus or God freely in the way he or she chooses.)

Next I intend to throw Mika a bait:

As a 50 year-old man Muhammad was engaged to six or seven year old Aisha. Their marriage was “consummated” when Aisha was nine years old. It is possible to think that they were living in another age and Muhammad’s deeds must not be judged according to today’s standards, but as we have learned during the last few years, schoolbooks from the 50’s were racist when they spoke about ”negroes” (even if ”negro” was not a racist term at the time by anybody’s standards), it’s equally justified to call a child rapist who lived 1400 years ago a child rapist .´

What has to be done so that the bolded statements were not true? You must insist that

a) … Quran is not literally true (i.e Muhammad did not have sexual relations with a nine year old girl). This will not do, since according to Islamic doctrine and muslims’ opinion Quran is a literal word of Allah. Consummation and Aisha’s age cannot be denied without insulting muslims.

b) …Muhammad’s actions were not always acceptable. This will not do either, since according to muslims (and Tampere district court) criticizing Muhammad is the same as criticizing Allah and therefore blasphemy. The penalty is death. Muslim’s believe that Muhammad’s actions were the will of Allah. Because Muhammad had sexual relations with a child, that was Allah’s will as well.

As we see, all the argumentative ways to disprove the bolded statements have been theologically exhausted. The fact that Muhammad was a pedophile and Allah supported pedophilia can only be denied either by denying the literal truthfulness of Quran or Muhammad’s status as a messenger of Allah whose actions are according to the will of Allah.

Therefore I repeat my claim:

The next bait reads:

Is this claim inappropriate? My fellow blogger Kekke filed a complaint to the Media Council for the editorial that appeared in newspaper Kaleva, in which killing people while intoxicated was described as a national, possibly genetic characteristic of Finns. Media Council dismissed the complaint. According to Council secretary Nina Porra:

”The writer probably refers to studies, in which heavy drinking has been observed to be a specific feature in Finnish drinking culture. It has also been observed that there is a correlation between intoxication and violence. The genetic backround of the problem is not handled as a fact, but the writer gives his own opinion.”

Naturally, the decisions made by Media Council are not legally binding so inquisitor Illman doesn’t have to take notice. But on the other hand, “incitement against ethnic group” is a felony and because Illman (whom the matter belongs to) has not reacted to the Kaleva article, it can be concluded that negative ethnic and genetic stereotypes can be published as long as they are not handled as facts.

We can’t think that there are different rules for different people in Finland, can we?
Naturally, not all Somalis commit robberies or live at taxpayers’ expense, but not all Finns kill while intoxicated either.

Somalis who constitute 0.2 per cent of Finland’s total population commit 12 per cent of robberies reported to the Police. One in ten Somalis living in Finland has a job. Committing robberies and living at taxpayers’ expense are a lot more common among Somalis related to their share of the population than killing while intoxicated among the ethnic Finns. Therefore, I present my assumption (that I do not regard as fact):

With this, I wish Mika a nice day.